Many at times we repost funny memes that we get off the internet. Unfortunately, we forget to give credit to the user who generated the content.

For example, if it’s a funny image you come across on someone else’s page, some of us take the easy route for our followers to see the image on our profiles by just taking a screenshot, cropping it out a bit and posting it.

The thing about this is not so much your position as an individual but what we represent as a larger problem: retaining intellectual property in the digital age. It’s clear we’ve all been operating under an unspoken presumption that once something is up on the internet, it’s free for the taking.

Especially if it has been posted a lot already. Most people say the Internet generation understands “intellectual property is shared.” Personally, I think sharing the content is fine. Way beyond fine actually…so long as you give credit where it’s due to the user who created the content. 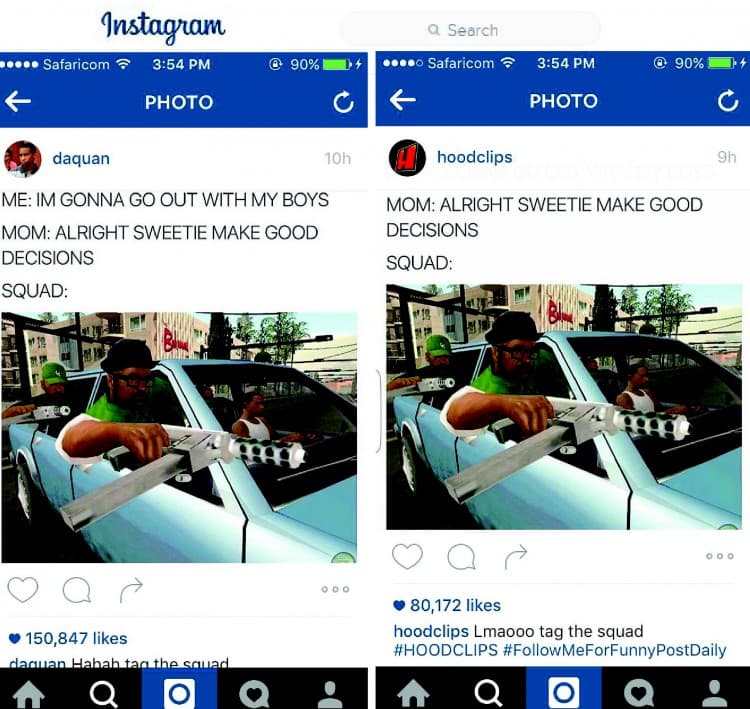 We all know that ‘funny guy’ who has created a buzz on his/her page and attracted a mad following and even created a ‘career’ based on Internet memes. Memes those other less-followed online creators made. Their anger may look like jealousy but such users’ uproar begs for answers to bigger questions… What role should copyright play in the digital age? How do we define online plagiarism? Can you own anything once you release it onto the Internet? Do social platforms have a responsibility to police meme and joke thievery?

Social networks certainly have a major problem to address: How to (or if they should) protect social agency on a platform designed around sharing.

No repercussions have resulted for any user of this sort and no protections have been put in place for content producers. Instagram has become the ideal network for content thieves. 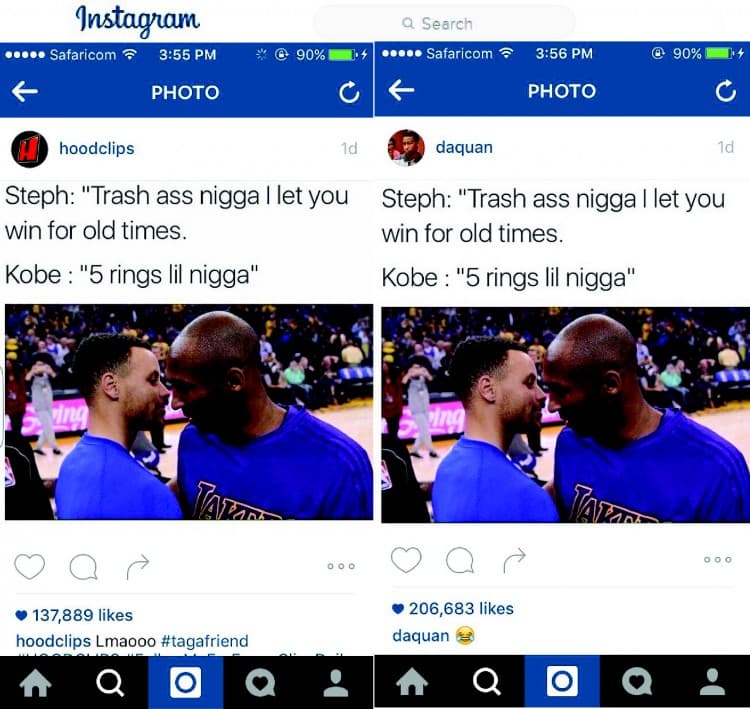 The overarching defense that such users have used is that memes are “hard to trace.” And to be fair, in some instances that may actually be the case. If I took a joke from an account that took it from another account and the meme was not watermarked, any attribution would be lost by the time I got to it. It’s easy to see how things get lost across the digital landscape. And while that’s a good excuse for Instagram, and maybe Tumblr, pretty much any other social platform you can think of has much better ways of protecting their user’s content. Take for instance, YouTube.

YouTube is a pioneer in the conversation regarding digital ethics. From very early on, YouTube aided the music industry’s efforts to protect musicians (mostly famous) and their profits. YouTube aggressively pursues users who post content that doesn’t belong to them and/or doesn’t explicitly acknowledge that the material is copyrighted.

And they’ve dedicated an entire department to doing so. And YouTube hasn’t suffered from enacting such stanch guidelines. In fact, YouTube is growing.

Though the multibillion dollar music industry spawned copyright protections on YouTube, video content was never limited to the music industry in the first place. You can find any and everything – from hair styling tips to talks on Third World development. YouTube has now positioned itself (or grown into) the role of a resource, much like Wikipedia. Given that it is easy to assert ownership of your image within the context of a video, YouTube was never destined to have the same copyright issues Instagram is having with memes. BUT Instagram could take a page out of YouTube’s book anyway and protect its 300 million+ active users.

It’s the little guys who want the recognition for their work right? But Instagram is driven by a huge pool of users – niche celebrities, fashion bloggers, Internet goof balls and your own family and friends who you log on to see photos from. Now, if Instagram can protect the smaller influencers that are driving the conversation and trends on their platform along with mega influencers Beyoncé and Kim Kardashian, they will endear themselves to the very same users who are making them a success. If they don’t instill some protections, users are likely to find somewhere else to share. They are plenty.